Since 2003, World Suicide Prevention Day has been held every 10 September. On this occasion, the Basque Youth Observatory is providing some data on the incidence of suicide among 15-29-year olds in the Basque Country and a comparison with Europe. 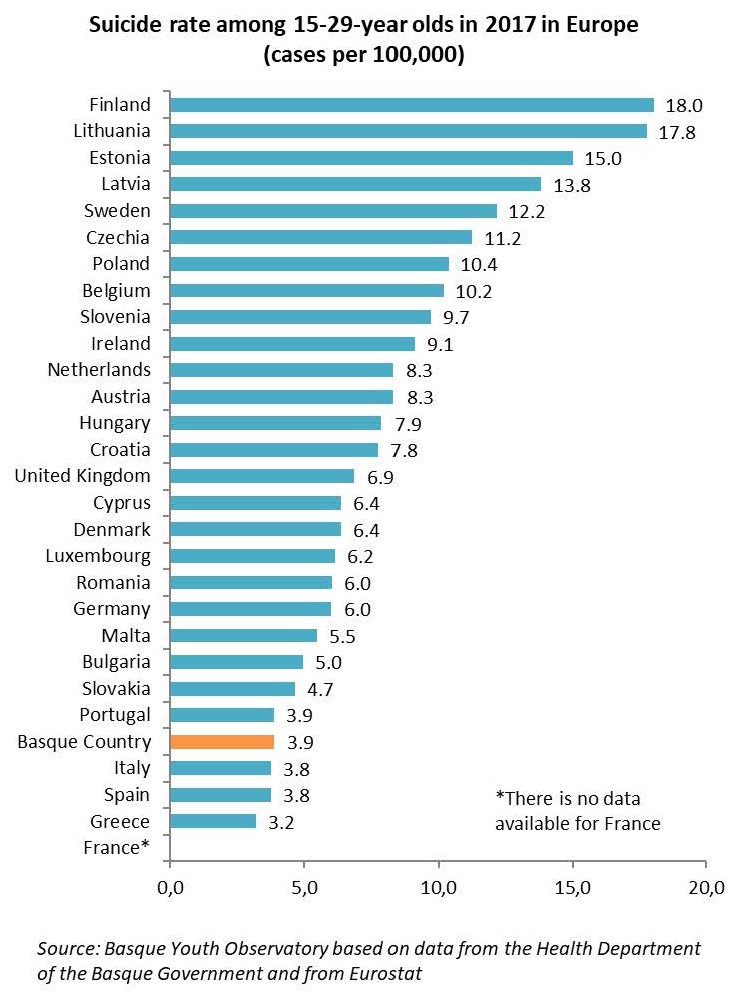