In 2020, 1121 women aged 15 to 29 reported cases of gender violence in the Basque Country, according to data from the Department of Security

On the occasion of the International Day for the Elimination of Violence against Women on 25 November, the Basque Youth Observatory will be publishing data provided by Emakunde and the Department of Security of the Basque Government.

As we can see in the graph, there has been a significant drop between 2019 and 2020 in the number of women complainants, which is undoubtedly due to the "lull" caused by the lockdown. 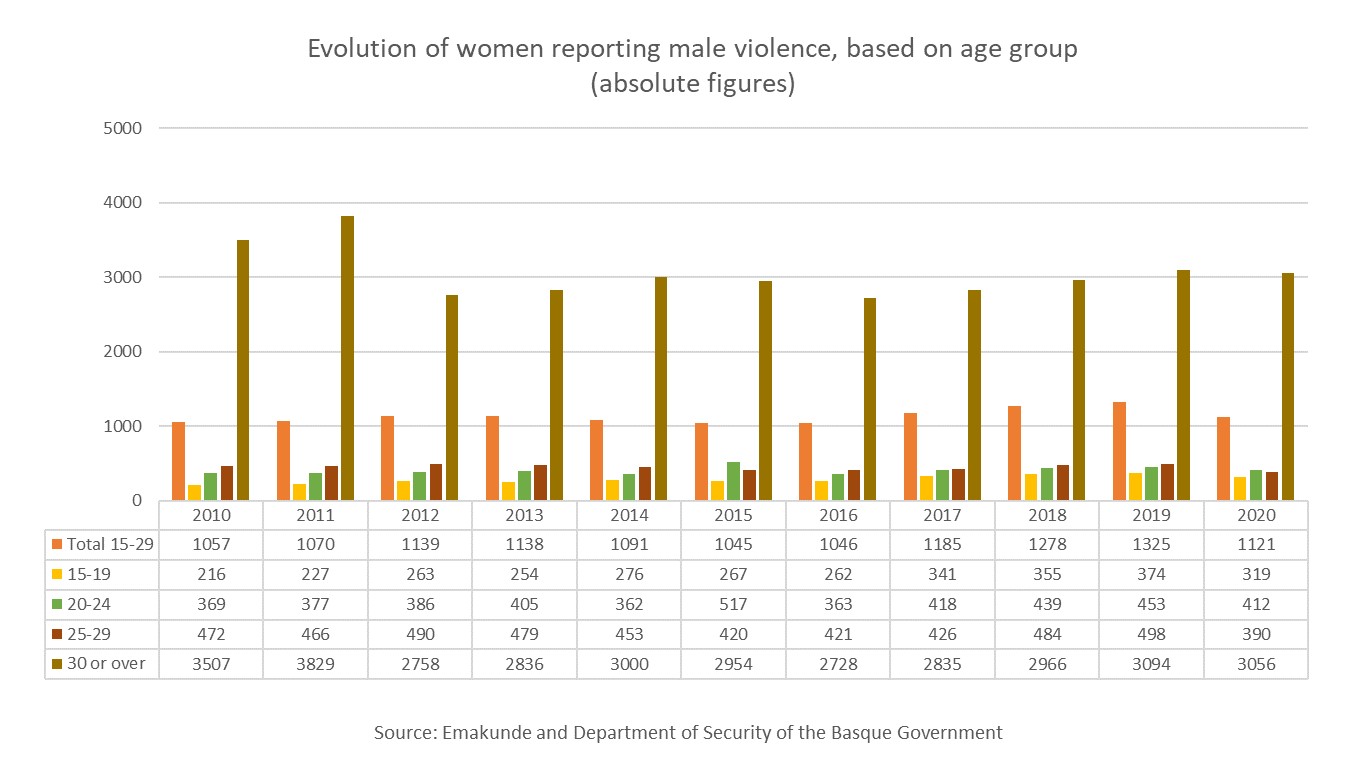 The rates of female victims of gender-based violence, calculated per 1000 women in each age group, reveal significant differences between the 15-29 age group and women aged 30 or over (7.6 ‰ and 3.6 ‰ respectively). 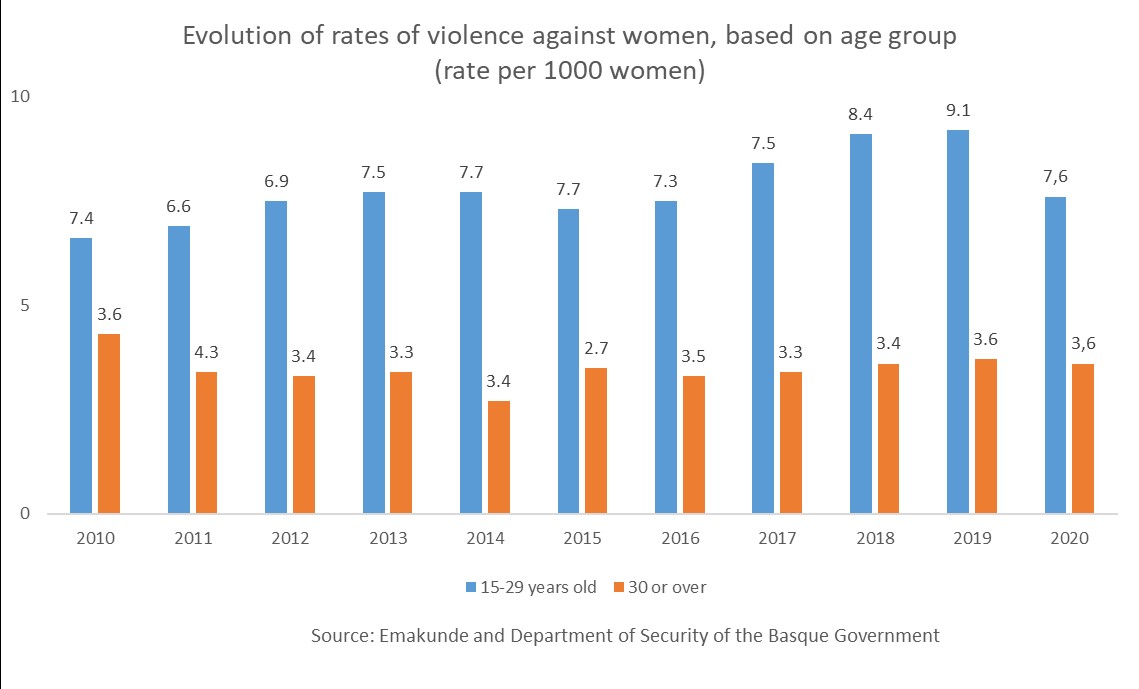 In 2020, domestic violence (except violence perpetrated by partners or former partners) was reported by 190 women between the ages of 15 and 29 and by 757 people over the age of 30. 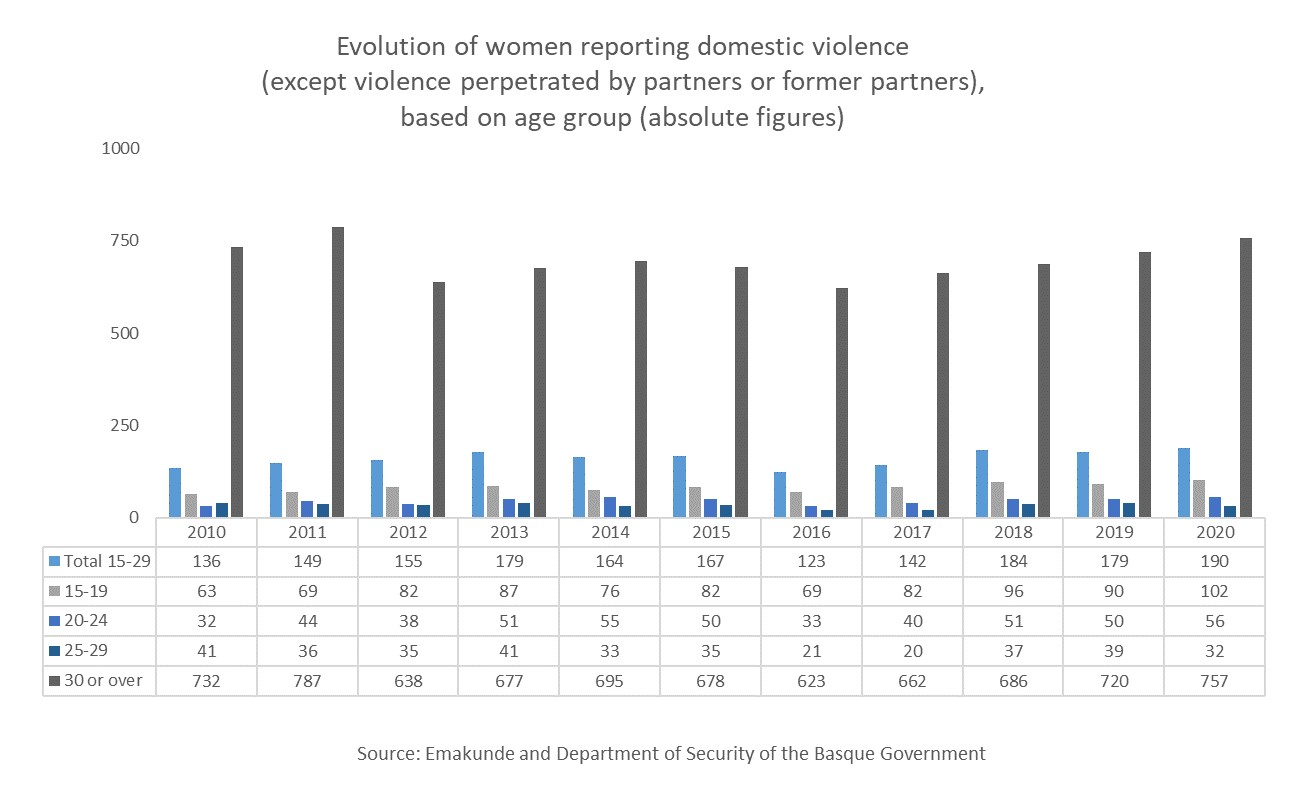 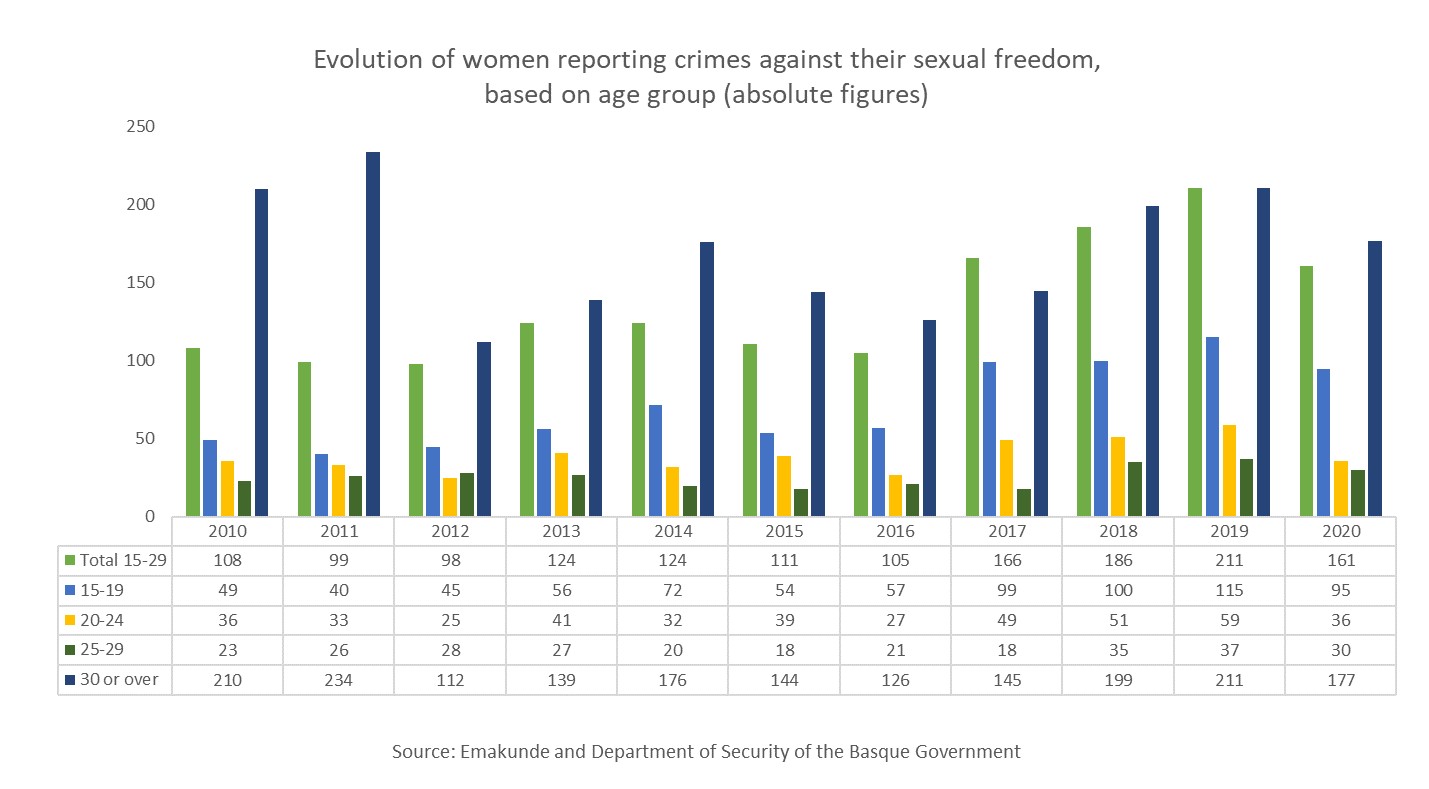 In order to examine the impact of the Covid-19 pandemic from a gender perspective, Emakunde (Women’s Basque Organisation) has prepared the report Equality in times of pandemic, which can be consulted at the following links. Basque language and Spanish version.