On the occasion of the celebration of the International Day for the Elimination of Violence against Women, the Basque Youth Observatory presents statistical data collected in November 2022.

Specifically, young people were asked to rate the severity of the following forms of violence: physical aggression, forcing them to have sex against their will, forbidding them to leave the house, threats, controlling their appearance, not letting them decide things, controlling social networks, insults and put-downs. 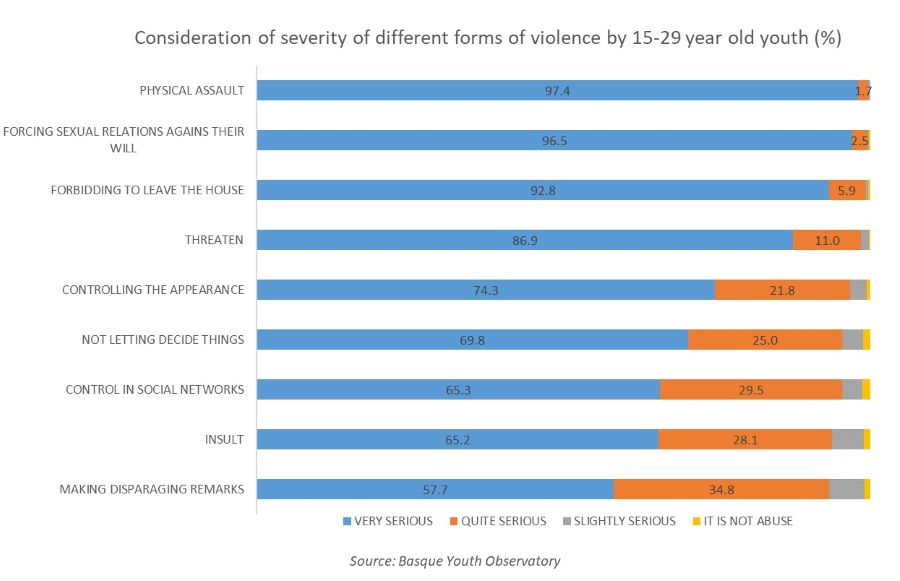 However, the gap between women and men is greater and exceeds ten percentage points for violent behaviour that are considered to be less serious, such as controlling appearance, not letting people decide things, controlling social networks, insulting and belittling. 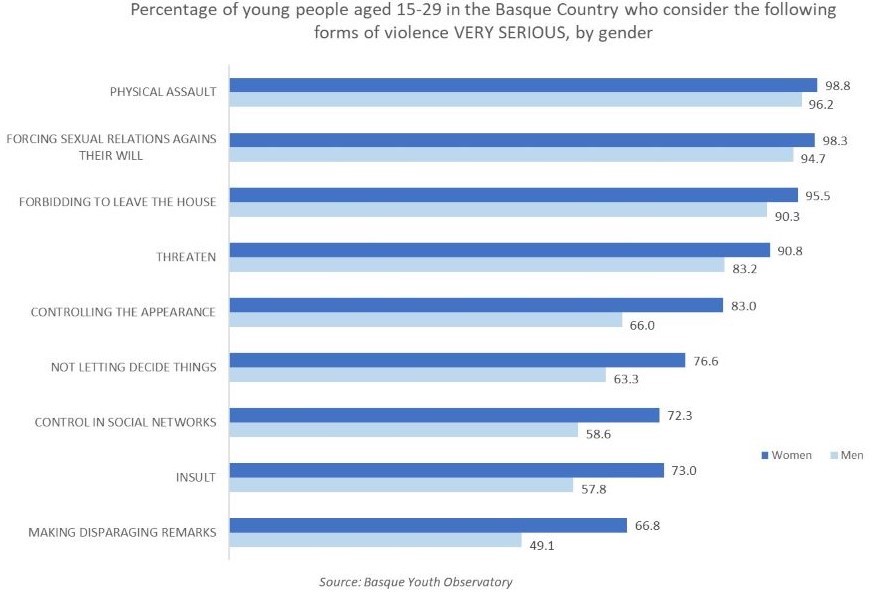 These data show that there is still a differentiated socialisation and sensitivity between women and men regarding what is violence and what is not. For this reason, as part of its training plan, the Basque Youth Observatory has been running workshops since 2019 aimed at providing professionals working with young people with pedagogical tools for working with male adolescents on equality and masculinity. More than 153 people from the field of education and social intervention have participated in these workshops.

The campaign on 25 November, International Day for the Elimination of Violence against Women, will this year be unified and coordinated in the Basque Country. The Department of Equality, Justice and Social Policies, through Emakunde; the provincial councils of Araba, Bizkaia and Gipuzkoa; and EUDEL have signed this year a coordinated campaign between all the institutions.