This is one of the conclusions of the "The Emancipation of Basque Youths 2017” report recently published by the Basque Youth Observatory. This study is based on almost 2000 interviews with young people aged 16 to 34 residing in the Basque Country.

The percentage of people who rent properties when they leave home increased significantly between 2011 and 2017. Almost 7 out of every 10 emancipated youths live in rented properties. 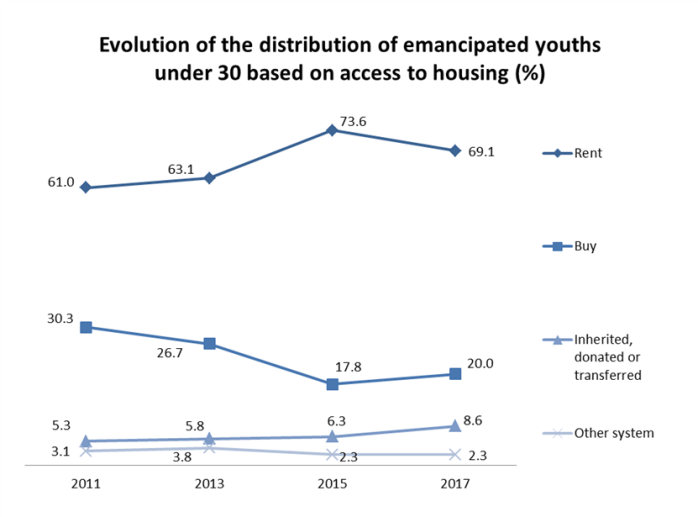 The rate of emancipated people aged 30 to 34 who buy their homes is greater than among people in the 16 to 29 age group; i.e. their employment conditions enable them to acquire habits that are similar to those of the older generation. However, the percentage of people who own their homes has fallen in recent years and, in 2017, for the first time, more people aged 30 to 34 were renting rather than living in homes that they owned.

The complete report can be found on the Basque Youth Observatory’s website.