The expectations of young people have improved significantly in recent years 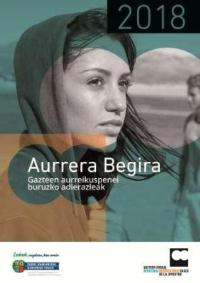 The Basque Youth Observatory has presented the results of the 6th edition of the Aurrera Begira study vailable in Spanish (pdf, 594 kb)

This study has been prepared every year since 2013 and aims to determine how Basque youth perceive the present and their expectations for the near future.

The research is based on a telephone survey of a representative sample of Basque youth consisting of 1512 young people aged 15 to 29.

The results of the research are based on 10 indicators that have an impact on the employment and emancipation situations, and that have developed very positively in general.

Worthy of note are the results of the four indicators that refer to employment expectations.

This risk of losing their jobs or of job instability has fallen two percentage points since last year and, since 2013, this indicator has fallen 27 percentage points. More specifically, 23% of young workers believe they will probably lose their jobs within one year, while another 7% consider that, although they will not lose their jobs, their labour conditions will probably deteriorate.

The expectation of becoming employed among unemployed people has increased four points since the previous year, reaching the highest figure since the series of studies began in 2013 with 82% of unemployed youths trusting they will find jobs within a year.

In addition, the expectation of finding jobs among young students has increased continuously between 2013 and 2018 and now indicates that 76% of students believe they will probably find jobs related to their training when they finish their studies, compared to 46% in 2013. 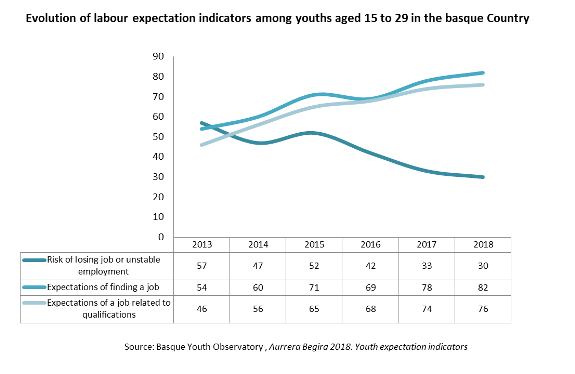 The expectation of forced migration continues to fall and now affects less than one in every ten youths. In 2018, 8% of Basque youths thought they would have to go abroad against their will to find jobs. The expectation of forced migration has fallen one point over the last year, accumulating a total decrease of 8 points since 2013 when 16% of young Basques thought they would probably have to move abroad even though they did not want to do so. 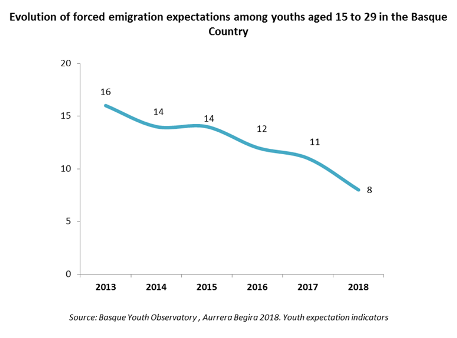 The complete report can be found on the Basque Youth Observatory website, where you can view other indicators, year-to-year data, as well as differences based on sex, age group or province of residence.