This is one of the conclusions of the "The Emancipation of Basque Youths 2017” report recently published by the Basque Youth Observatory. This study is based on almost 2000 interviews with young people aged 16 to 34 residing in the Basque Country. 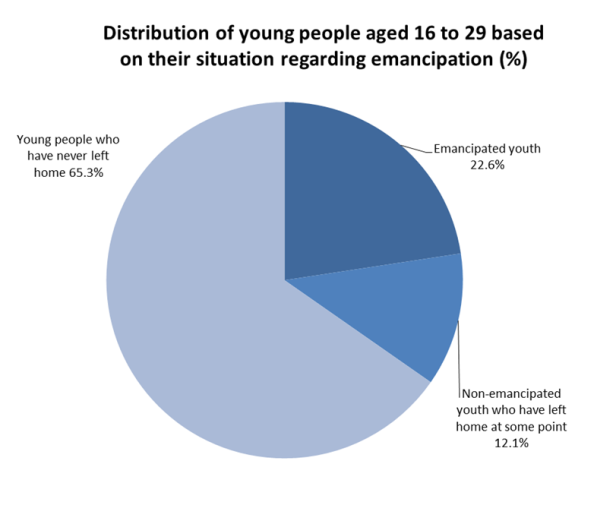 12.1% have left home at some point. The main reason for moving back in with their parents was finishing their studies and, therefore, this is not a situation in which they left home to work but because they were going to a university in a different city.

More than half of non-emancipated young people, however, are considering leaving home in the coming years if circumstances allow.

In general, only a minority of young people who still live with their parents contribute to the family expenses (only 10.3% do so regularly); however, this figure is greater logically if they work (30.9%).

The complete report can be found on the Basque Youth Observatory’s website.